The University of Rijeka Rectorate was built as the City of Sušak City Hall at the end of the 1920s. The building was made according to the project by the architect Juraj Denzler from Zagreb, with significant changes made by the City Construction Office headed by Zlatko Prikril.

The original idea was to build the City Hall at the location of the Kortil Gallery in the centre of the then Sušak. However, owing to a very expensive price of the lot, it was decided to buy a property on the slope of the Trsat hill, where the Sušak Gymnasium had been built. The tender was published in 1927 and no project won first prize. The project by Juraj Denzler entitled A.D. MCMXXVII took second place. Denzler’s project was stylistically influenced by Viktor Kovačić, a famous architect from Zagreb. Despite the influence by modernism and the international style, the author turned to neo-classical stylistic features. The building has a simple rectangular layout with indented north entrance and a prominent south entrance. Rustic dressing of the stone on the ground floor and Ionian columns are an obvious example of the use of stylistic guidelines from the past. The building was furnished in 1930 with furniture from two Zagreb factories.

Owing to the inclination of the ground, the north and south entrance are not levelled. Although the building is seemingly oriented towards the south, the north entrance naturally became the main entrance, as it is also the exit to the square and the main street. The garden of the Hall was arranged by Josip Kulfanek, the city gardener responsible for the realization of the Trsat Park and the restoration of the park in Mlaka.

The first public monument on Sušak was erected on today’s square Trg braće Mažuranić, after the construction of the City Hall. It was decided that it would be a monument dedicated to the king Alexander I the Unifier and a public tender was published for the artistic solution. The first prize was given for the solution by Franjo Kršinić and Antun Augustinčić, renowned artistic names, under the name Jadran (Adriatic). The figure of the king Alexander was dressed in admiralty clothes with a helm in his arm, while the base of the statue was adorned with reliefs of the seamen and Uskok fighters, the protectors of the Adriatic. One of the reasons why such a monumental statue was raised was to ingratiate with the authorities which proclaimed them as separatist after the renaming of the Cultural Centre into the Croatian Cultural Centre.

The function of the building changed during the years, this is general chronology:

•1992 – Ministry of Health of the Republic of Croatia 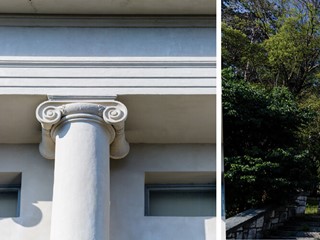 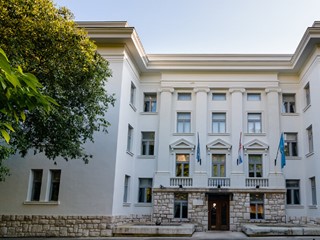 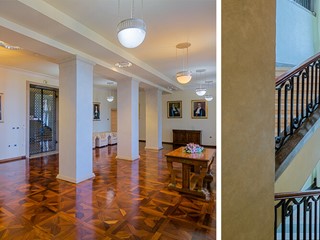 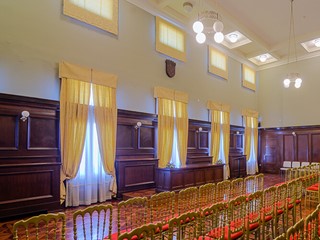