The builiding of Radio Rijeka

The initiative for the realization of the seat for Casino Patriottico (Patriot Casino) goes back to 1845 when its construction was demanded by the Patriot Association, founded by twelve capitalists from Rijeka with Baron Gjuro Vranyczany as the head. The project for the building was made by a young architect Antonio Deseppi who got the job of the city aedile after successfully finishing the task in 1863.

This is a classicistic two-storey building which today represents a monumental end of the residential block built from the city walls along the Korzo. The horizontal division of floors is emphasized with simple cornices, and the entrance with the portal under an altana and a small balcony on the second floor. The first floor has semi-circular windows, and the second floor has rectangular windows. The building is perforated in the central underpass connecting the Korzo with the square Trg Riječke Rezolucije behind the building, because of which the internal staircase is not situated in the middle, but it is moved a bit to the left. The internal monumental rectangular staircase is the only original part, with elegant corner pillars and decorative stone baskets at the top, as well as zenithal lighting through the glass part of the roof. Besides the offices, the building also has a Grand Hall for scene performances and balls.

In 1884, the building was taken over by the Società Filodrammatica, so the Grand Stage Hall was restored and the painter Giovanni Fumi made the ceiling decorations and stage scenography.

On the initiative by dr Erazmo Barčić, the members of the Croatian Reading Room bought the building in 1889. In 1951, Radio Rijeka was located in it, and in the 1970s, a TV studio was realized there.

In 1905, the Rijeka Resolution was signed there, and in 1918, it was the place where the National Council met and brought the decision about annexing Rijeka to the Kingdom of Serbs, Croats and Slovenes.

The building is includedion the List of Protected Cultural Goods of the Republic of Croatia. 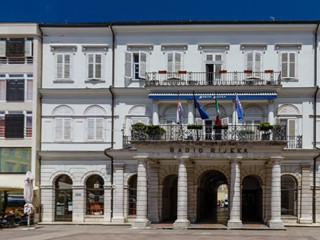 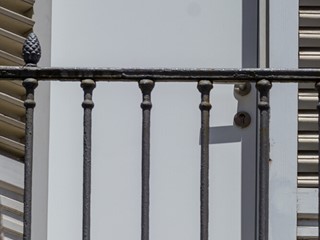 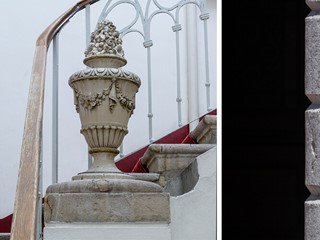