Administrative Building of the Port of Rijeka

The administrative building of the Port of Rijeka was built on the pier Zichy in 1885 at the site of the demolished port warehouse no. 1, according to the project by Josip Hubert.

The palace was first used for the needs of the Royal Naval Administration under the Hungarian government. The building façades are decorated with historicistic, late Renaissance elements. The main entrance faces the port pier and the sea. The interior of the building radiates with harmony, and the staircase leading to the mezzanine and large rooms is adorned with a wrought iron grate.

The palace mezzanine used to contain an aquarium which pumped water from the sea, so at the beginning of the 20th century Rijeka had a Museo del mare. The aquarium was converted into a flat in 1928.

The building lost its historicistic significance with the removal of decorative elements, the balustrade around the roof and attic with wall battlement, when another floor was added.

The building is not included in the Register in the List of Protected Cultural Goods of the Republic of Croatia. 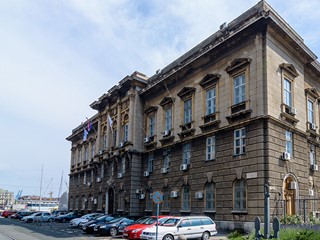 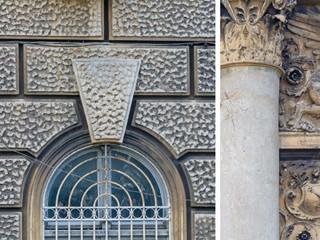