The State Hungarian Royal Naval Academy was built in 1903 according to the project by a Budapest architect Samuel Pecz. The construction was commissioned by the Hungarian Naval Administration. In authorial sense, Samuel Pecs was famous for the use of neo-Gothic and neo-Renaissance architectural elements in his projects.

The State Hungarian Royal Naval Academy was built for the needs of higher education and has preserved its educational function until today. This monumental two-storey building with a high garret was built in neo-Renaissance style and represents a building of the acropolis type owing to its location on an elevated ground. The building is accessed through a wide staircase situated in the park.

The building façade is characterized by a series of windows, which were differently made on each floor, with the most luxurious ones being on the piano nobile, ending in a triangular gable. The façade is horizontally articulated, which can be seen in smooth horizontal rustic decorations, but also vertically, which is realized by a prominent central and corner avant-corps. Harmony is achieved by a balanced relation of horizontal and vertical lines on the façade. The building portal consists of two massive Doric columns with a small gable adorned with floral motifs and ornaments.

The fact that the building contains a large number of spatial classrooms intended for various educational content, and that they are facing towards the southern side indicates that this is a modern approach to spatial conception of an educational institution.

The building of the former State Hungarian Royal Naval Academy was used by the Faculty of Humanities and Social Sciences until 2011. Since 2015, the Catholic Elementary School Josip Pavlišić has operated in it, thus preserving the educational function of the structure. 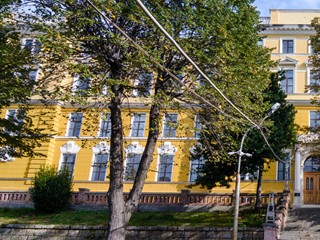 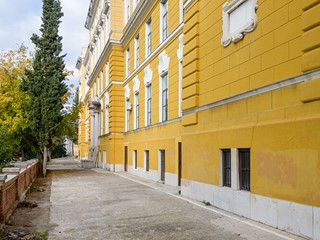 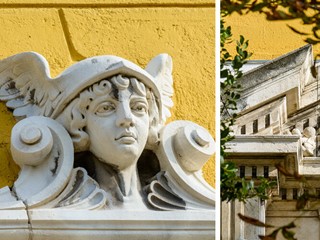 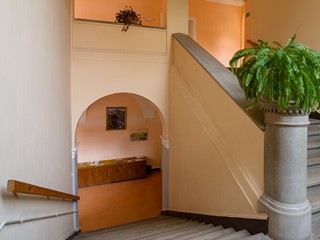 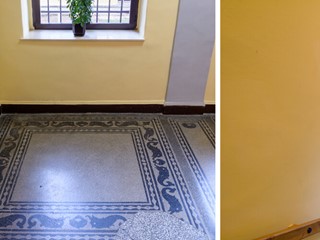